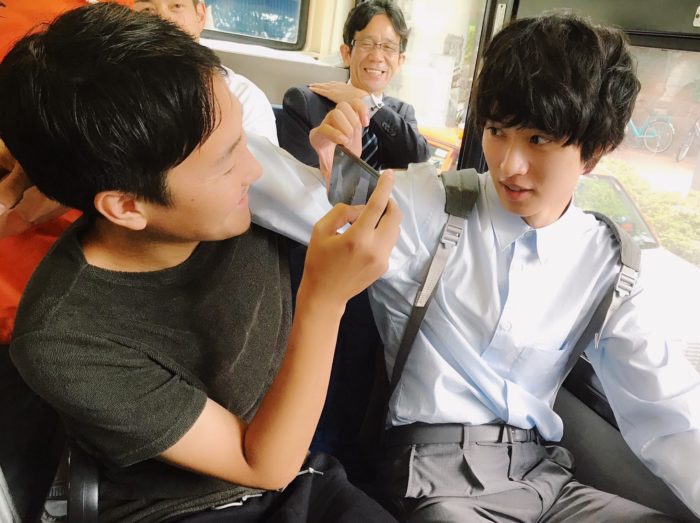 As per our two consecutive tweets,
we shot Minato-san (Yamazaki-san) at close range…

But in fact the one who took the photos were
our Director Kanai?〜??

They were taken in between filming breaks of the bus ? scene
that appeared in the 60s preview we released today?? If you missed the 60s preview: