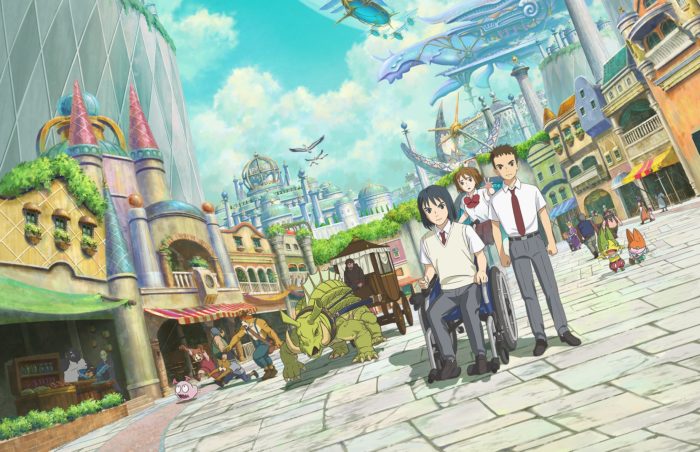 Yuu is an ordinary school boy who tops his class, but is wheelchair bound. He has a crush on Kotona who’s the girlfriend of his best friend Haru. Due to an incident, Haru and Yuu are forced to travel back and forth between the real world and a second world called Ni no Kuni. Princess Asha in Ni no Kuni is the the “other self” of Kotana from the real world. When both Princess Asha and Kotana’s lives are endangered, Haru and Yuu are forced to make an ultimate choice.