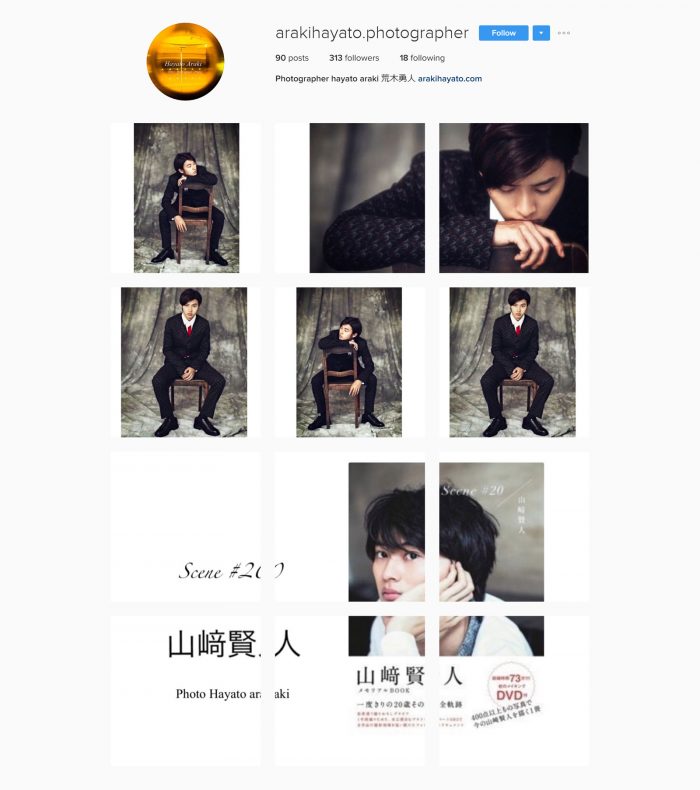 As posted yesterday, photographer Araki Hayato did a playback of Scene#20. He not only posted one, but twelve photos. This is the home view of his IG. Very pretty. arakihayato.photographer Yamazaki Kento / Scene #20
Photographer Araki Hayato
Project introduction!
A memorial book filled with the entire year of Kento when he was 20.
I went with 20-year-old Kento to many places,
and did many kinds of photoshoot.
I have memories of always being with Kento during events like Christmas, Valentine’s, etc. that year.
It was a really memorable project.
Kento was unconventional in a good way, and we were able to have unplanned photo sessions so I was always feeling excited.
This project that I did with such a Kento,
if you haven’t seen it yet, please do check it out.

Scene#20 was the most recently photobook that was released for Kento. Araki Hayato was also photographer for the Kento Yamazaki 2017 calendar.