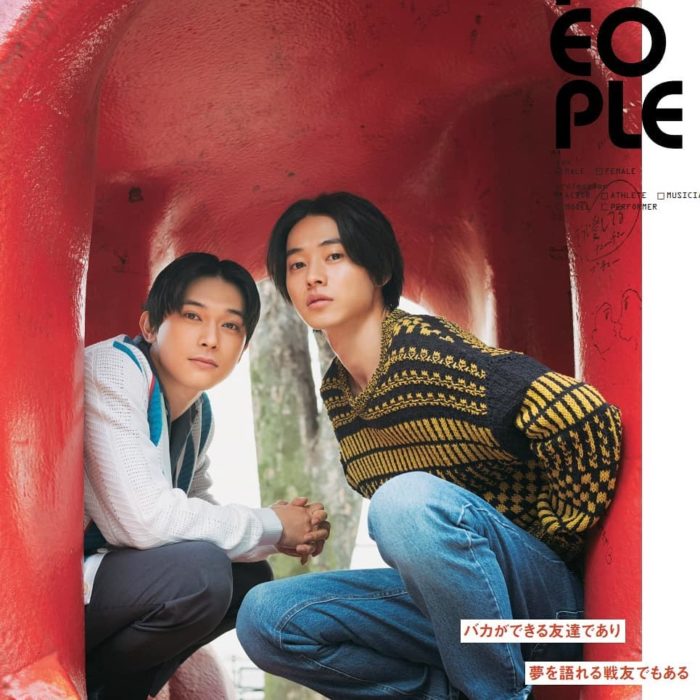 crea_magazine
Yamazaki Kento-san and Yoshizawa Ryo-san appears in the 「PEOPLE」 section of our current CREA May issue! They shared with us loads on Movie 『KINGDOM』 that will open on 19 April. These two who’ve acted together for the fourth time are very close. During the shoot, they were always chatting and having fun, to the extent that we had to request “Please look here for a while and smile”. Seems like it was as what Yoshizawa-san explained, “Kento and I have the same laughing triggers”. “But I only behave stupidly when I’m with Kento.” Yamazaki-san also said, “I was able to laugh together with Oryo during the harsh filming, it always feels like I want to see him”. It was clear that they were in love with each other.

There’s a signed two-shot polaroid, so please send in your applications. The word 「KINGDOM」 was written by Yamazaki-san!