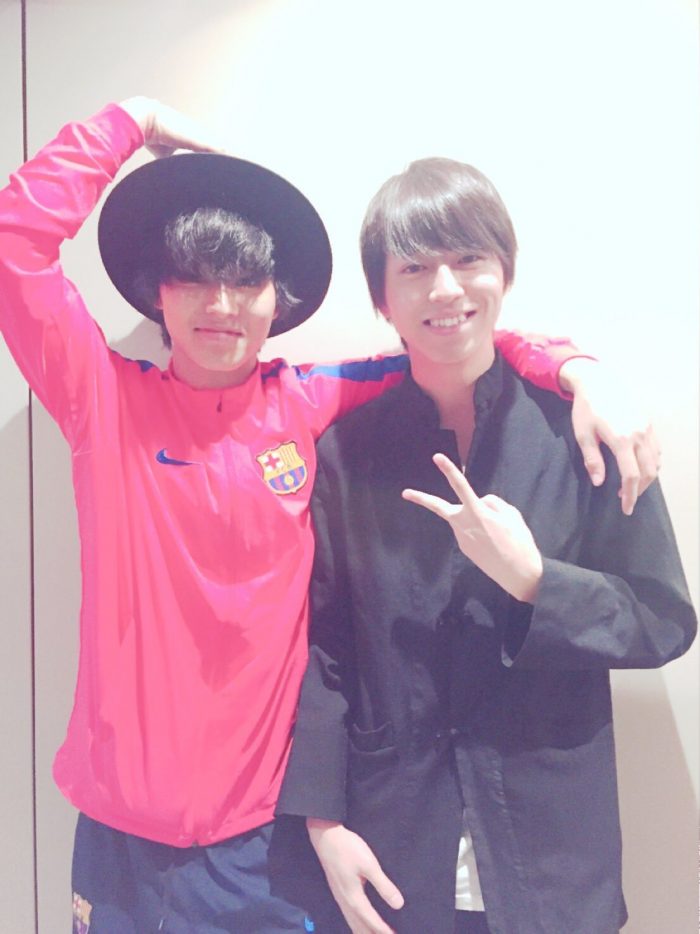 Then today,
I was able to watch the butai 「Satomi Hakkenden」!

It’s been a while since I’ve met Ken-chan.
He was super cool!

The fight scenes were full of speed.
I feel that the cast and the audience alike were able to feel the same heart-pumping excitement!

Rather than simply acting,
they are living by the stage. This is what has been delivered to the audience.

With the flow of strings, their minds are linked to the music,
it was brilliant.

And everyone at the theatre
at the end of the play
gave a standing ovation!

It’s the first time I’ve seen a standing ovation in a local butai!

Without knowing it, I also wanted to stand up!

But I’m tall and would bring inconvenience to the people behind, so I tried my best to endure (lol)

It’s so fun watching a butai! After the show I went to greet him!

He wore my hat,
and as it looked good on him, I was thinking of giving it to him (lol)

Thank you for keeping the mood lively even though you were busy!