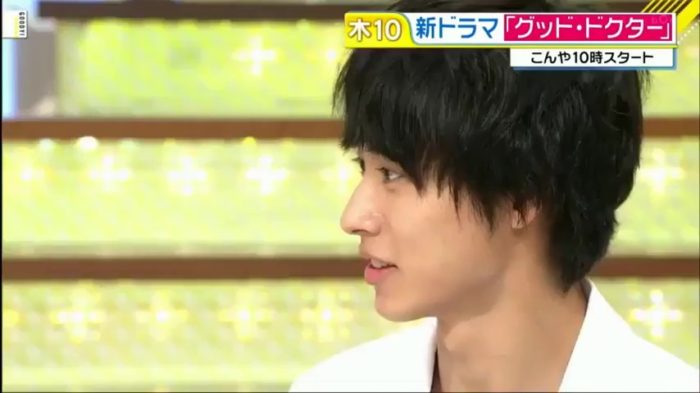 This is the last of the ‘denpa-jack’ yesterday for Good Doctor, and Kento came on the show alone (without Juri and Naohito). Ogi Mama really seemed smitten by him ne. And Yashima said that even for an uncle like him, he finds Kento “kawaii”~

Before the filming started, apart from visiting the hospital for research, he also had ‘closed door’ rehearsal sessions with the director and producer.

Ogi Mama asked him what made him happiest or what was most fun during the filming, and Kento said that the boy who acted in episode 1, Kiara-kun, gave him a drawing of Minato-sensei to thank him after the filming ended. It made him really happy. (Check out Kento’s Instagram post last night~)