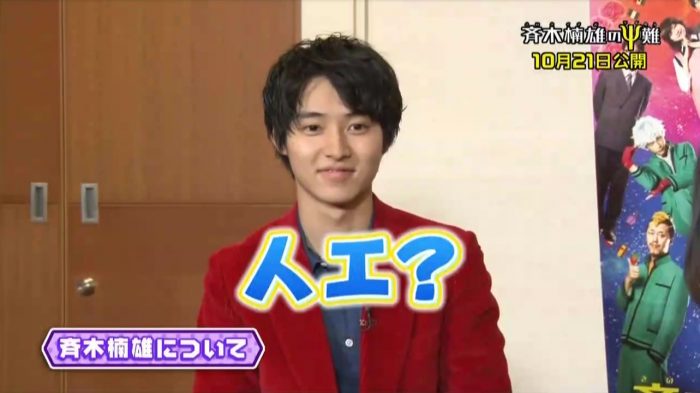 i was cleaning up the draft posts and found this from two months back, when Kento was promoting Saiki K. The movie has now already been taken down from most theatres in Japan, and we are waiting for news on the Blu-ray and DVD release… But since I’ve already uploaded this, I figured I might as well post it…

My favourite part of this clip:

Kanna: (to Kento) You are totally different (from the character Saiki Kusuo), right?
Kento: LOL. Totally different.
Kanna: You are tennen, right? [Note: tennen is short for ‘tennen boke’ which means air-headed, but tennen is written as 天然 — which literally means ‘natural’]
Kento: I’m not tennen.
Kanna: Oh, you’re not tennen.
Kento: I’m man-made? *grins*
Kanna: LOL I don’t really get it.