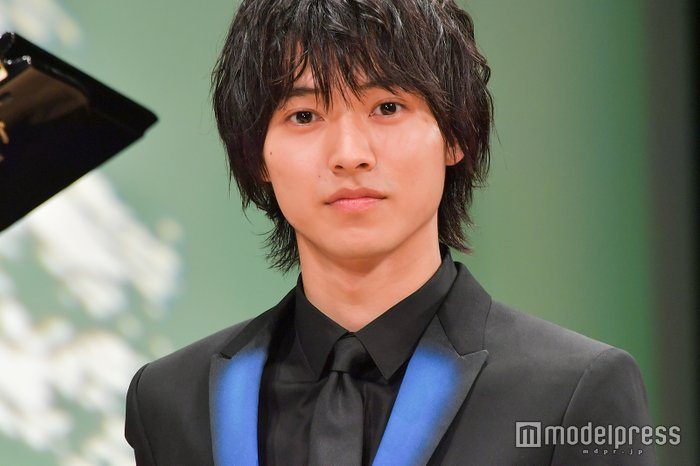 「Hitsuji to Hagane no Mori」 is the second time Yamazaki Kento has worked with Director Hashimoto, after 「orange」. With regards to this, Director Hashimoto said “This is the second time, but in a good sense, I greatly felt that he hasn’t changed. He’s a very honest man, to the extent that it’s a little worrying. There were times where I thought if he’d be alright in the adult world (lol)”. “When actors reach around Yamazaki’s age, their hardened ego tend to interfere with their acting. This time, especially with Tomukazu-san and Ryohei-san, I thought that his interactions with them would get caught up in his acting, but he was able to remove all that would have interfered when he stood in front of the camera. That was amazing even for an actor. I once again felt, he doesn’t lose that honesty and that’s the greatness of the actor Yamazaki Kento.” Hashimoto also revealed an episode before filming for Hitsuji started. “When I was having a conversation in a Toho studios canteen, I heard someone shouting from far ‘Directorrrr!!’. Just when I was thinking who it was, someone dressed as ‘JoJo’ was running towards me with vigor (lol). He had regent hair and was dressed in a super amazing outfit, so I couldn’t tell and thought someone was trying to pick on me (lol). But when he came close, that soft laughter, ‘It’s Kento, I’m relieved~’ was what I felt.” Suzuki Ryohei recalled that when they were in Hokkaido, they went to eat shio horumon (salt innards) and genghis khan (grilled mutton). It was like “Hitsuji to Horumon no Mori” (literally, a forest of sheep and innards) lol. The Dream of the Lambs

Tsujii Nobuyuki performed two songs from the movie live at the event. The first was 「Mizu no Tawamure」 and the second the ending theme of the movie 「The Dream of the Lambs」. Hearing his live performance, the Kamishiraishi sisters were moved to tears. Kento too, “It’s a precious experience to be able to listen so up close. I was moved by Tsujii-san’s powerful and expressive playing… I’m glad I’m here today.”

We can expect some video footage from the WS tomorrow, at least from ZIP! =D

Meanwhile, I’ve added selected photos from the event at the info page.

One thought on “「Hitsuji to Hagane no Mori」 completion screening stage greeting 2018.05.20”