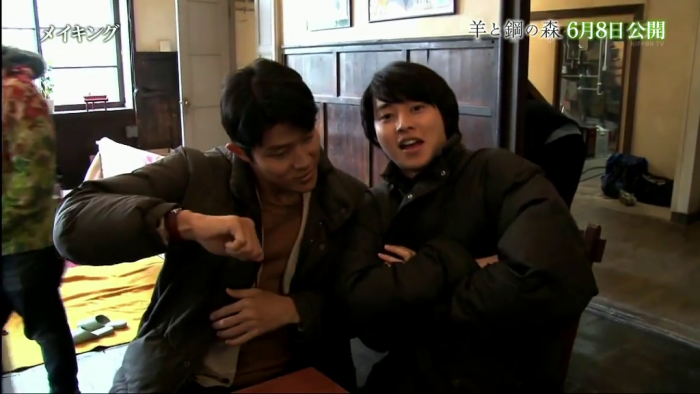 I’ve yet to get a decent raw of the longer special tokuban that’s airing on NTV, so I’m sharing this first, which is a shorter 5min special showing some footage from the making, and an interview with Kento x Ryohei, and Kamishiraishi Mone x Moka.

Out of all the places they went to eat at in Asahikawa during the filming last year, which was that one dish that was most memorable to Kento and Ryohei?