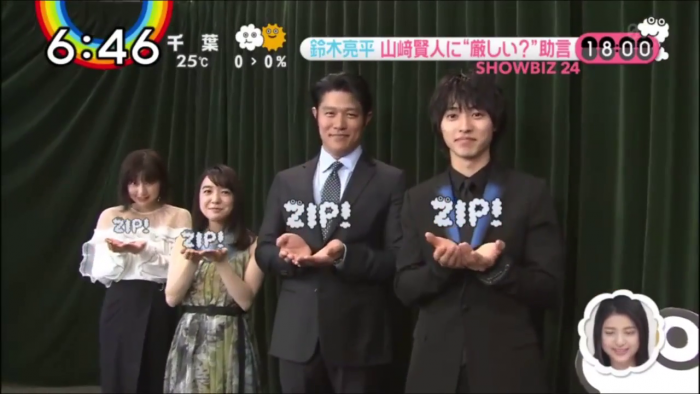 They showed a tiny bit of the making here! Apparently, as Ryohei plays Kento’s sempai in the movie, Director Hashimoto has instructed him to act like a sempai even outside filming. Ryohei said that usually he’d like his kouhais to talk to him in casual form. However, this time, as the director instructed him to “put on a bit of a patronizing air”, he said harsh words to Kento even though inside he was thinking “that was quite arrogant of me” lol.

Meanwhile, the Kamishiraishi sisters said it was a strange feeling to film together. Every morning, when they would see each other in the make up room, and go “Nice to meet you. Good morning. I’m in your care today.”