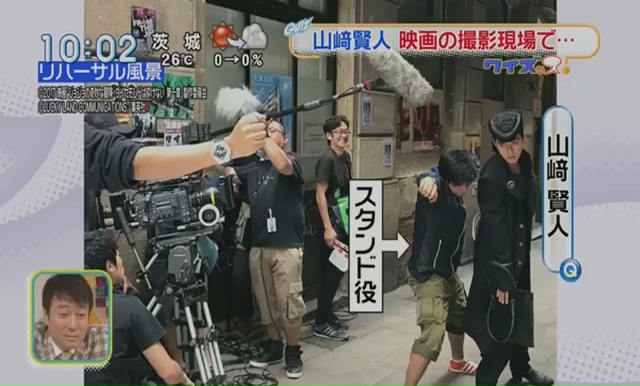 The first time Kento filmed the scene where he attacked someone with his Stand, he had thorough discussions with the director about it. Usually when you punch someone, you’d move your entire arm forward with the punch. But with an (invisible) Stand, he had to move only his shoulder portion. In a photo they showed, a staff acted as his Stand during the rehearsal.

He was talking about this scene from the manga, the way Josuke moved only the shoulder and not the entire arm: Question: In this movie, Stands are expressed using CG. Because of this, Kento had an odd way of getting into role during the filming. What could it be?

Answer: Just before the actual take, he’d punch himself at parts that would be attacked by the enemy Stand, to the extent that it hurt, and also to psych himself up for the scene.