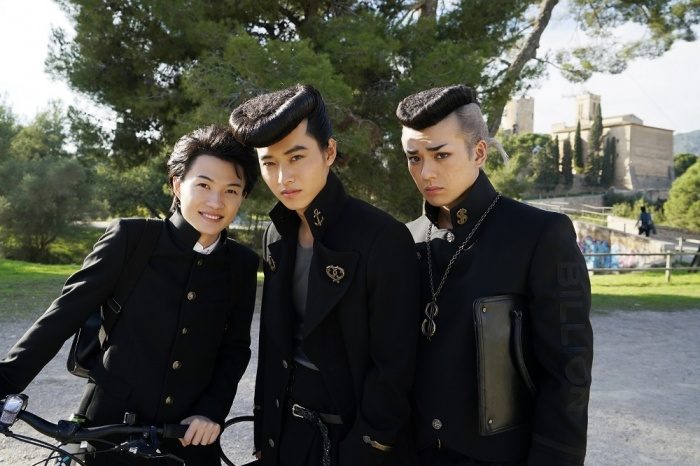 Yamazaki Kento, Kamiki Ryunosuke and Arata Mackenyu play three students from Budogaoka High School – Josuke, Koichi, and Okuyasu – in the upcoming Live Action “JoJo’s Bizarre Adventure: Diamond is Unbreakable” movie. In Spain where the movie was filmed, the three young actors often hang out together even outside filming. They walked the beaches in Sitges and even got drenched by the waves before =D