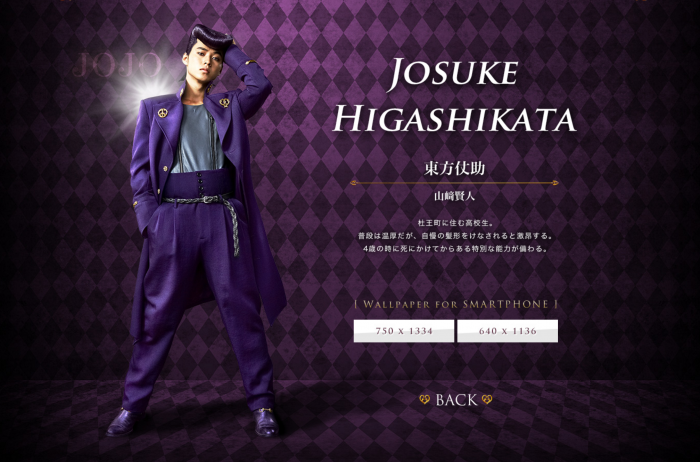 JoJo official site has added mobile wallpapers of their character visuals for download. It fits perfectly on my lock screen: They have also released the visuals for Hirose Koichi and Yamagishi Yukako. First thing I looked at was their hair! I did the same when Josuke’s visual was first released hahaha. Koichi’s hair might be black/dark colour but they showed his forehead, and the way he holds the bag is Koichi ne. And Yamagishi, her hair will play an important role in the show. I’m sure they’ll use loads of special effects but Komatsu Nana does have a mysterious aura that’s fitting to the character.