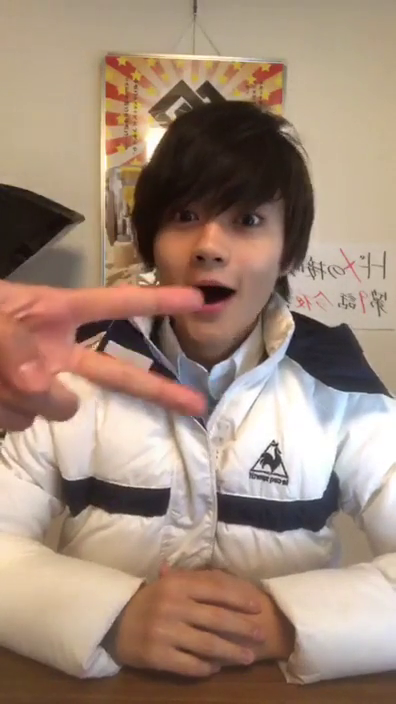 Well, only his hand… and his voice =D

Sano Hayato did an Insta live via Todome no Kiss Instagram at 7.30am this morning. Many fans were asking about Kento and Macken, and he said Macken wasn’t around but Kento was. He also revealed that Kento was wearing a cap and was kakkoii. Then towards the end of the live, it seems like Kento walked over, and we could hear him asking Sano, “has it ended?”. Here is a cut from the live, which you can still view at the Todome no Kiss Instagram today.