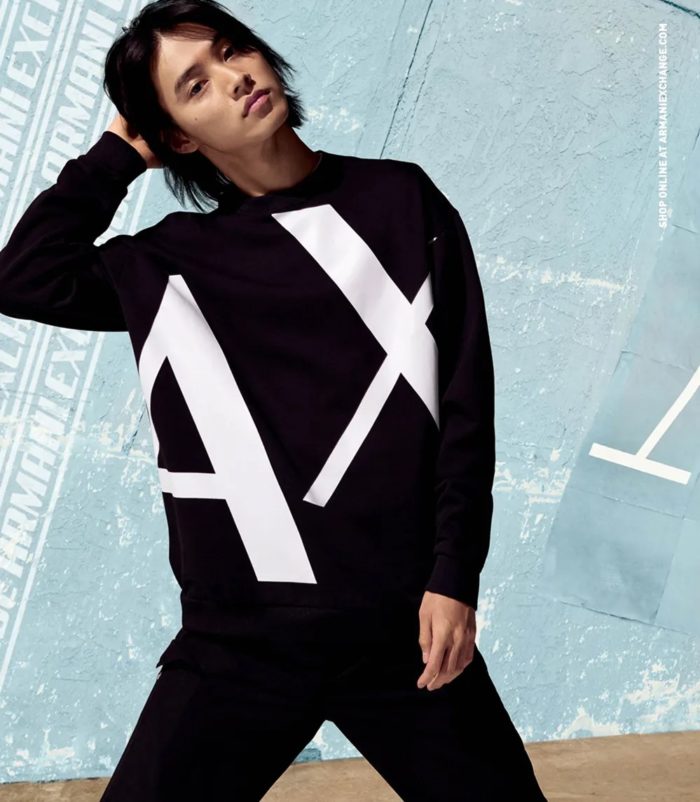 This is Yamazaki Kento’s second season with Armani Exchange, after the Fall-Winter 2019 collection last year. Apparently this is the first batch for the S/S campaign. There will be a second batch released some time in March.

The campaign video. Short and playful.

The interview. The shoot was probably done in Milan again.

Q: When you wear Armani Exchange, what genre of music do you feel like listening to?
Kento: All genres! 👍 Do check out the campaign page at A|X Japan official site:
https://www.armaniexchange.com/jp/fashionshow/editorial_section