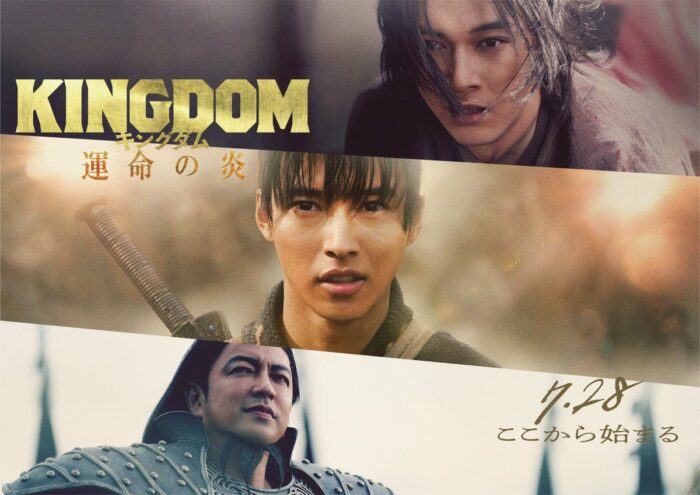 As posted on Twitter yesterday, Kingdom 3 will be released in Japan on 28 July this year. The video that Kento posted is the super teaser PV. They have also released the first visual poster, and announced the movie’s sub title as “Unmei no Honoo” (Flame of Destiny). This third movie will cover the Battle of Bayou and Shika (Escape from Zhao) arcs from the manga.