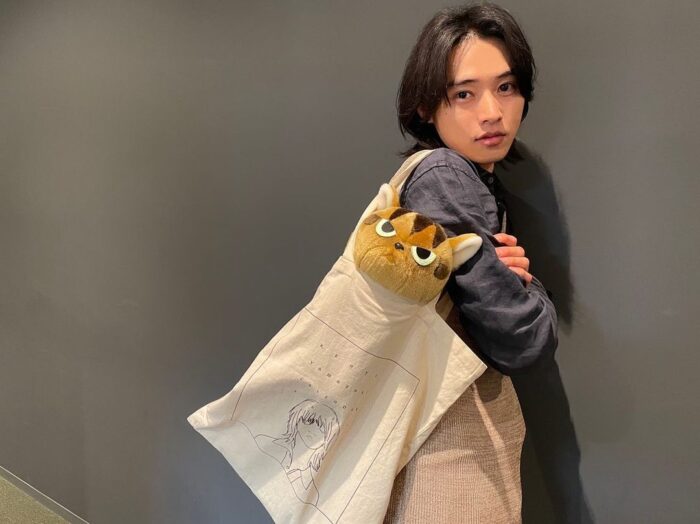 kentooyamazaki_mg
The stuffed toy of buddy Pete
The exquisite form and expression of Pete
were crafted by our staff who repeatedly made prototypes
and are very particular about them.

And the one-of-a-kind
brown tote bag
We originally planned to make it in black, but as we were designing it we thought “maybe other colours would work too?” and we made samples in 4 colours in a hurry.
In the end, we left it up to Kento’s inspiration and decided to go with 2 colours, grey and white.

The brown, which wasn’t selected,
is now used dearly by Kento at his work locations.

It’s important to be particular