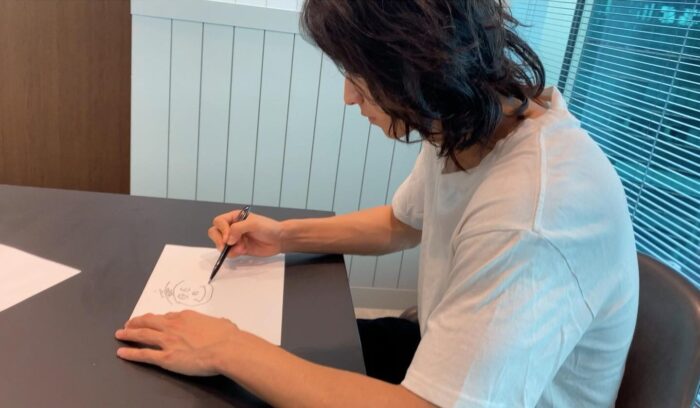 kentooyamazaki_mg
How was the first episode of 「Atom no Ko」？
Now we’re curious about the relationship between Nayuta and Hayato
Please look forward to episode 2 next week！！
And、、、、
It’s been decided that 「Atom no Koheji」 rubber coin case, designed by Yamazaki-san, will go on sale！！
This is a coin case with the Atom no Ko character 「Atom no Koheji」 printed on it. This character is named and designed by Yamazaki-san.
When he was thinking of merchandise that’s very Nayuta-like, he thought it’d be nice to have something that could be attached to the carabiner on his waist.
For more information, check the Stardust Shoppers website.
#Atom no Ko
#Atom no Koheji
#Yamazaki-san drawing Atom no Koheji
#Yamazaki-san is also the kind who wears a carabiner
#Yamazaki Kento