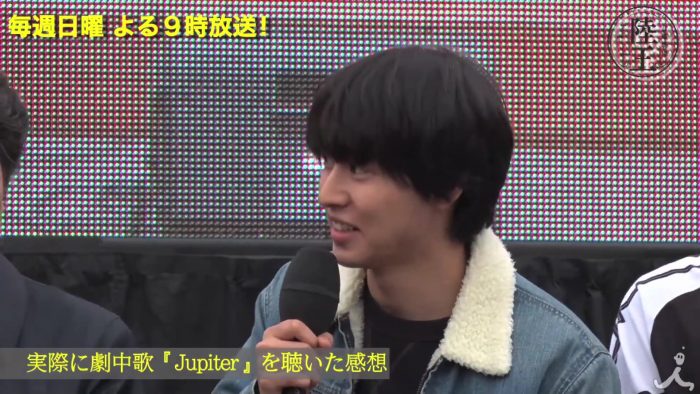 For peeps who’ve watched Rikuoh, you might be familiar with the song “Jupiter” by Little Glee Monster. The vocal group visited the filming location on 8 Nov, and sang two songs “Jupiter” and “Seasons of Love” live in front of the cast and extras.

So far, “Jupiter” was used in episodes 1 to 3. From ep4 onwards, they might change the song depending on the scenes. In the video at around 2:08, Kento said that during the filming recently, everyone have been guessing, like which scene will “Jupiter” be used for lol. He’s really happy to be able to hear the song today.