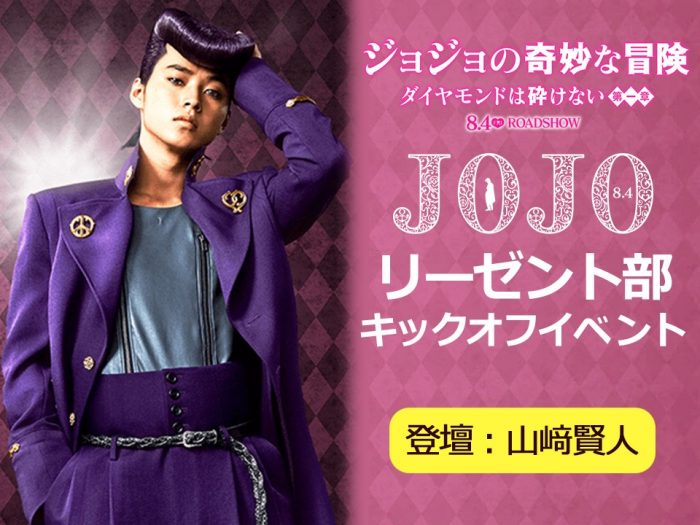 According to the official LINE LIVE twitter, the JoJo’s Bizarre Adventure “Regent Club” Kick Off Event and Post-Event Talk session on Monday will be streamed live on LINE. Yamazaki Kento will be making an appearance at the event. So glad they’ve decided to stream this so that fans who aren’t able to attend would be able to watch it too. For some of us who might not be able to catch it live, hopefully like previous LINE streams, the video will be made available for rewatching later =D