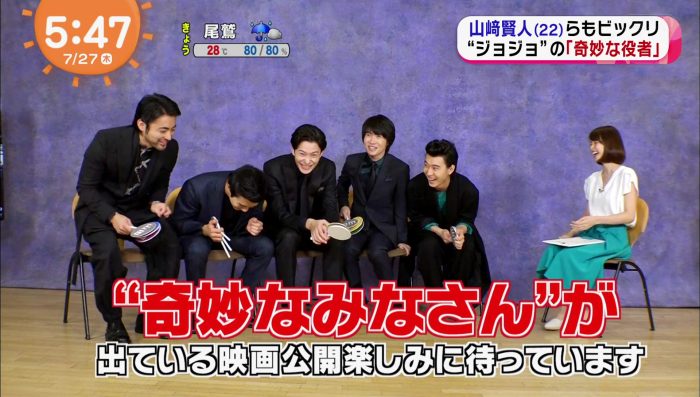 Q: Who’s the person who did the most bizarre actions during the filming?

Interviewer: Arata-san gets 3 votes!
Kento: When I first met him, he looked at me like that *stares*, then said “it’s nothing.” and I was like “what was that? he’s scary.” At first I thought he was bizarre.
Okada: He worked on his body a lot. He was doing muscle training in the studio. And he was beside me, going “Aniki!!! Aniki!!! Aniki~~!!!”
Macken: Can you let me explain? If this goes on, people will think I’m super weird. During the filming, I was always in my role. It wasn’t Arata Mackenyu that’s saying “Aniki!”.

Q: Who’s the most bizarre actor among you?

Interviewer: I’m looking foward to this movie where these BIZARRE PEOPLE are appearing in.
All: LOL