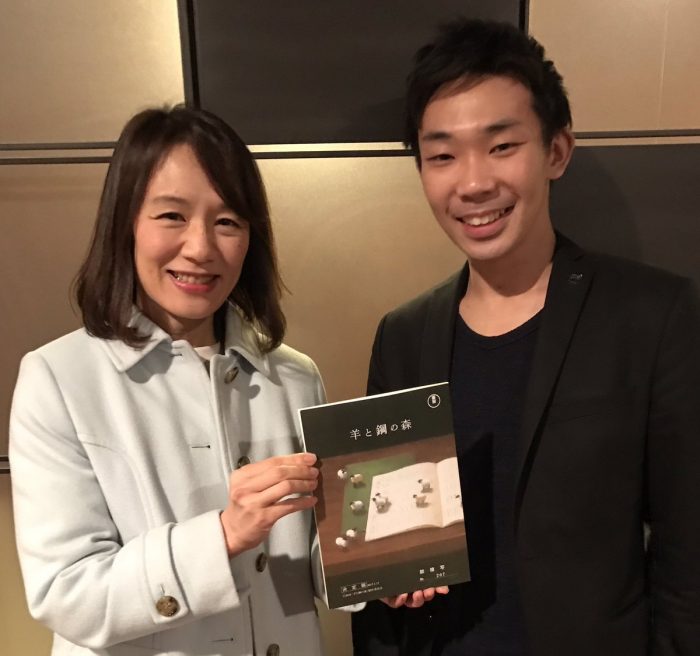 I’ll say this secretly in the middle of the night, but “Forest of Sheep and Steel” lead actor Yamazaki Kento-san has also read “The Playground of the Gods”. He was all smiles when he said it was interesting. He’s a beautiful young man.

In the novel “The Playground of the Gods”, Miyashita-san wrote about the year she and her family spent living in the remote mountain village of Tomuraushi in Hokkaido. This one year spent there led to her writing “Forest of Sheep and Steel”. I think this was also where the name of Kento’s role “Tomura” came from. I was silently impressed, by how serious Kento can get in his preparation for a role. I’m really looking forward to this movie!