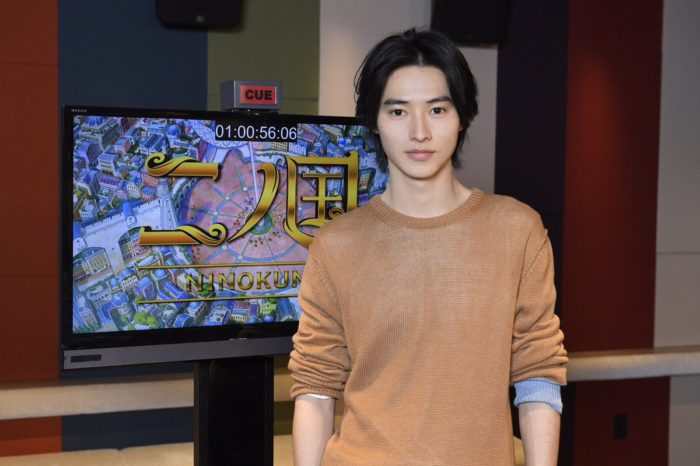 The one giving life to the main character Yuu is, #YamazakiKento san who challenges voice acting for the first time！ It seemed difficult indeed, but on the day of the recording, #HinoAkihiro san explained to him in detail about the role, and he challenged it with an acting style that was “natural as though I’m talking to a friend”✨
#MovieNinoKuni Seems like he had a discussion with voice actor #KajiYuki san whom he’s close with in private and who also has a part in this movie, and they both felt that “whether it’s the work of a voice actor, or the work of an actor, it’s indeed the ‘feelings portion’ that’s of great importance”.
“I hope to be able to portray the gradual growth of the character Yuu, an ordinary high school student in Ni no Kuni”, he said with enthusiam😊
#YamazakiKento
#MovieNinoKuni Still no exact release date, just “Summer 2019”. But it looks promising! If you haven’t seen the first teaser that’s released today, do check it out ↓↓↓