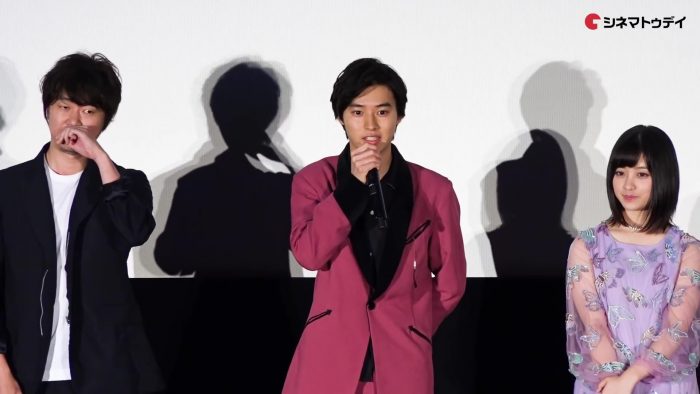 The opening day stage greetings were held over a period of two days, on 21 Oct in Tokyo, and 22 Oct in Osaka. This is a compilation of some online news agencies’ video reports for the first session of the day in Tokyo at Marunouchi Piccadilly. As the audience had already watched the movie then, they did give out quite a bit of spoilers on stage, like how they filmed certain scenes, and reenactments like Chuunibyou’s “Shikkoku no Tsubasa” LOL. For fans who haven’t watched the movie, some of their jokes might not make sense =D

The LIVE LINE (that was streamed only via the app in Japan, unfortunately) was for the second session, and included a backstage talk before the stage greeting. I didn’t manage to watch the stage greeting at all but did manage to catch a bit of the talk while we were on the move (albeit without audio).