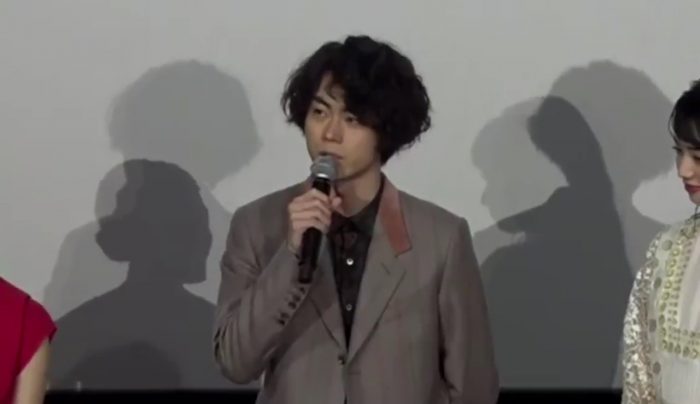 During the opening day stage greeting of movie “Oboreru Knife” on 5 November, 2016, Suda Masaki was asked how he felt being the male lead of a romance movie for the first time. He showed his admiration and respect for Kento by saying that “Although I’m close with Yamazaki Kento…that guy’s really amazing.” He added that he’d have to handle the acting while looking cool and beautiful at the same time. Watch a cut of his comment: