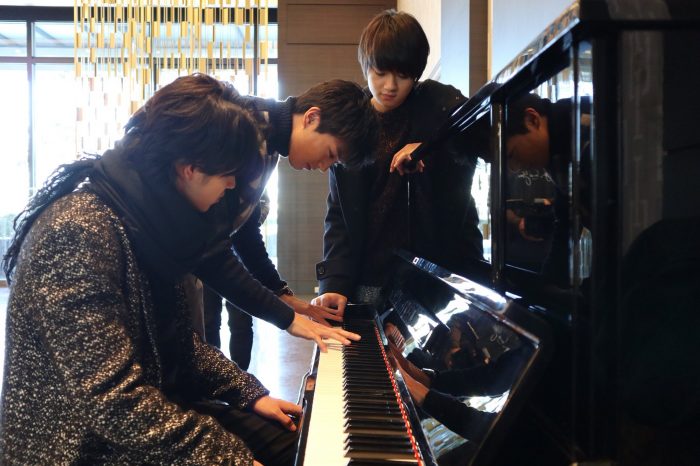 #final episode #4 days to go #on-air 10.30pm 11 march
God doesn’t give with both hands⁉
The first 3-shot in a while, mackenchano. Indeed this is da best yo fuuー卍?
Even though he says he can’t play, he plays really well?
He sings well, he can play the keyboard, he’s good looking, he commands the three key elements to being popular with girls?, a greedy man. That said, the two by his side were also able to play fairly well though? The person in the foreground seemed to have undergone special education for the gifted since young… Hmm？ Somehow it feels like we’ve heard of such a setting before…?
#todome no kiss
#domekiss
#yamazaki kento
#arata mackenyu
#sano hayato
#at the filming location, as soon as they find a toy, they’d play with it immediately
#kimiuso #arima kousei
#offshots major release campaign is in progress Note: It’s just been announced that the movie “Your Lie in April” will be aired on TV for the first time, on 26 March, on Fuji TV @ 9pm. That’s probably why they hashtagged kimiuso and kousei =D