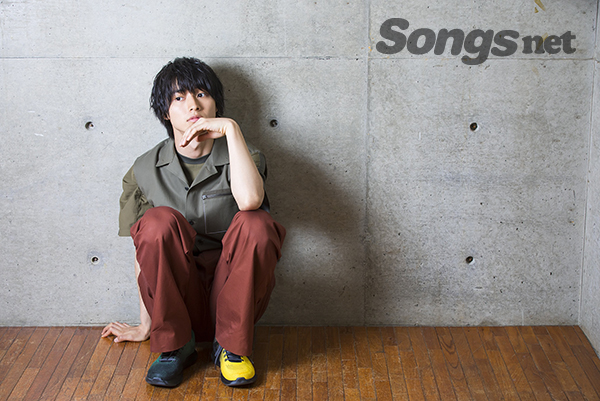 ── You played a pianist in the movie 『Your Lie in April』, but this time you play a piano tuner, an occupation you weren’t familiar with. How was it like playing a tuner?

「There might be many people who do not know of the work of a piano tuner. Thanks to being offered this role of Tomura, I got to know the depth of this profession, too. I thought it’s really cool to diligently execute the functions of the job while building a relationship of trust with the piano owners, then watch over the pianists after the job is completed. I felt that this background work, like an unsung hero, is really beautiful.」

── This movie doesn’t only touch on the job of a piano tuner, but also the structure of the piano, which was very interesting.

「I too, didn’t know that the sound of the piano is produced when the hammer – made from the wool of the sheep – hits the steel string, so I was surprised. Until then, I’ve always thought that a sound is simply produced when one presses the piano keys. When I learned of the detailed structure, I started to understand how the complicated movement of the piano parts give rise to the sound of the piano. I thought it was really nice, not only the structure, but also how they are made from things like trees and sheep wool, materials found in nature.」 ── What were you conscious of when you played Tomura-kun, a young man who faces his tuning job sincerely?

「First of all, it’s the feeling that “I love the piano”. Then, I was also always aware of the importance of him having grown up in the remote mountains in Hokkaido called Tomuraushi village. I participated in a three-day piano tuning training camp in Biei town in Hokkaido, where Tomuraushi village is located. It was a very quiet place, so sounds that I don’t usually notice, like the swaying of trees, very naturally entered my ears. I felt the strength of Tomura who was brought up in such an environment, so I took great care to listen out for delicate sounds that I didn’t usually notice in the hustle and bustle of the city.」

── Indeed, when we watched this movie, we once again felt the importance of Tomura-kun being raised in Tomuraushi village.

「To him, leaving Tomuraushi, a place that has nothing, was certainly a way to be able to connect to the world. Also, I think he has a complex about having grown up in Tomuraushi. Yet, in fact, being raised in Tomuraushi is itself his greatest weapon, and this is something we come to realize as the story progresses. So that’s indeed important, and I find it interesting too.」 ── You worked with Director Hashimoto Kojiro in 『orange』. Were there any requests from him this time with regards to preparation for your role?

「He instructed me, “I would like you to be more sensitive than usual to the sounds of nature”, so for example, I’d stand in front of a tree by the roadside, listened carefully, and took in the smell of the tree. When I did that, I could clearly hear the sound of the tree swaying gently, and I could also smell its slight fragrance. I felt that such senses were very important to me while playing Tomura.」

── We heard that about three months prior to the filming, you attended lessons in a Tokyo piano tuning school to learn the structure of the piano, the piano tuning process, as well as how to use the tools.

「I was kindly taught loads of things with regards to piano tuning. I can remember quite decently the procedures of disassembling the piano parts, or the piano scaling, etc. however it was really difficult to accurately match the pitch. If the movement of the hammer was just slightly off, the pitch became too high, or when I thought I’d matched the pitch accurately, the numerical values in the measurement showed otherwise. I was facing a tough battle… *bitter laughter”. Every time I was almost getting there, but just couldn’t get it to match perfectly, so I’ve fully realized how tough the work of a piano tuner is. 」

The rest of the interview can be found in Gekkan SONGS June 2018 issue.