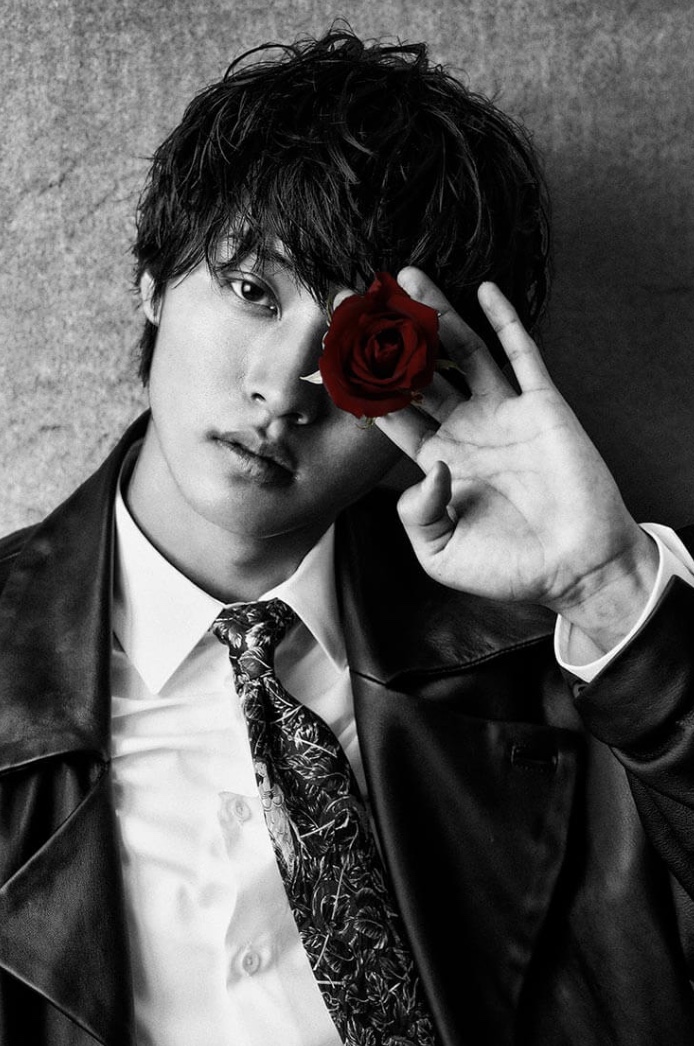 ―― First, please tell us the charm of the role you play, Oreki Houtarou, and also what you are conscious of when you play the role.

Oreki is someone who doesn’t like to use energy, so whatever he does, he does it with lethargy, but somehow or another I feel he’s a kind person. Moreover, when he starts using his deductive reasoning, he shows flashes of genius, that’s where his charm is, and where his character stands out. So when I play him, as long as it’s not during the deducing scenes, I tried as much as I could not to use any energy. During the scenes where normal people would use their strength, I was thinking of how Oreki would go about it. ―― Is there a part of you that’s similar to Oreki?

Perhaps, I also kinda have that energy-saving side. Of course when it comes to work I’ll do my best, but during my private time, I’ll try my best not to get tired (lol). Outside my work, I’m rather the energy-saving type. ―― As this is about school mysteries, one of the highlights are the spinning scenes when Oreki thinks hard to solve the mysteries. How was the filming for that?

In the deducing scenes, the surroundings of Oreki were made to spin, but for the filming I sat on the machine and spun around. It was unexpectedly difficult. Especially the scene where I had to read documents while deducing, after being spun around, the documents disppeared from my view. We had quite a hard time.

―― Your co-stars this time are from the same generation as you, what did you guys talk about during the filming?

We were making pointless talk. Everyone acted with each other before so it was easy. Especially Amane whom I’m usually very close to. Although he’s my age, he’s very reliable. ―― The relationship between you two also showed on screen.

Thank you very much. Usually I’m the type who talks a lot, so our relationship in real life is slightly different from in the movie. But we are really good friends so that was able to be portrayed on screen. I’d be glad if we can show a kind of atmosphere that can only be shown by the two of us. Guess it’s “I won’t drink water from yesterday!” (lol). I heard that a lot of bacteria will form in a day inside pet bottles that have been drunk from. Although it can’t be seen with the naked eye, from the moment I heard this, I start to see stuff in the pet bottles. It’s like “isn’t it about time the bacteria appears?”. This isn’t a motto, right (lol). Hmm (troubled look). Ah! Recently there’s something I made my motto. “Take action immediately when the thought hits you.” Because the more you spend time thinking about it, the more you end up not doing it. If there are things that need to be done, just get it over and done with one by one. For example, when I wake up. If I keep thinking “why do I have to wake up so early?”, I’d fall back to sleep again (lol). Before even thinking, just get up, wash my face and forcefully open my eyes, something like that. Although this example is kinda bad (lol). To do things fast means making meaningful use of my time. So, recently, my motto is to take action immediately without thinking too much. Lol, that water thing as a motto, and waking up as an example… are things that only Yamazaki Kento can think of ne. This guy’s brain is really amazing =D