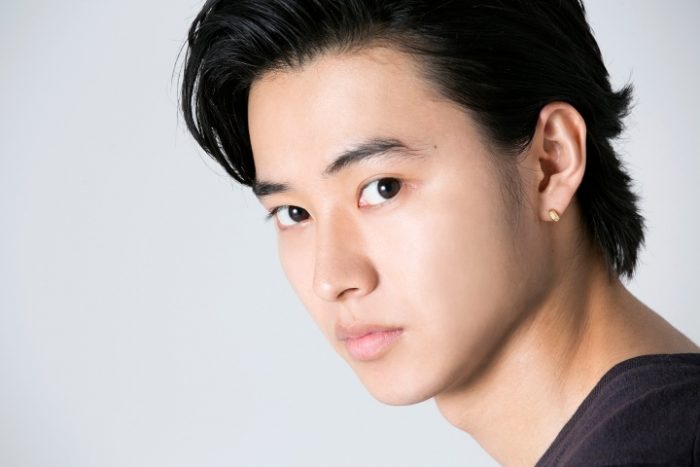 There are too many interviews so I had to be selective, and tbh I haven’t been able to finish reading every single article link that I posted on twitter lol~ When asked which part of him he thinks has grown up from this experience doing JoJo, Kento answered “Everything. It’s truly the case.” It’s his first time doing an action blockbuster with CG, he’s learnt a great deal, and was inspired greatly by working hard alongside sempais and actors of his generation.

He gained experience living overseas for over a month for the filming. When he was in Japan, whenever he returned home he’d go back to his normal way of life. But in Spain, he was always thinking of JoJo. For the sake of expressing the JoJo world, they went to an unfamiliar place, and that makes the creation of Morioh-cho even more meaningful.

He was surrounded by actors who are not only older in age but also much higher up in their careers. Of course, he felt pressure, but rather than that, he felt more greatly the assurance that he’s being supported by his sempais, and that JoJo was created with the efforts of everyone together.

“Takayuki-san and Iseya-san have also been part of the Miike group, so that was really reassuring. When we were on set, we talked about many things. Masaki-kun is also a really kind sempai whom I could speak my mind with on many things.”

Just like how Jotaro guides Josuke in the story, Iseya-san taught him many things, even outside of work too. Kento feels that Iseya-san’s way of living is really cool, and he feels really grateful to him.

“Ryuu is someone whom I’ve seen on TV since I was a kid. He’s a big sempai. But you can’t actually tell from his age (lol). He’s indeed deft, and when he’s on set, there’s this feeling of reassurance that ‘Kamiki-kun is here’. Macken is really funny! (lol) He grew up in America and his English is really good…he’s stoic, and knows a lot about the nutritions of bodybuilding. On set, he was truly Okuyasu himself. The three of us often go for dinner together, and during those times, we talked about the following day’s filming as well as plan stuff like ‘let’s go to Sagrada Familia during our next off day!’. Also, Ryuu was really into shogi and brought along the shogi set. Including Masaki-kun, we had shogi battles. Indeed Ryuu was the strongest (lol).”

“Because it’s the same for everyone, that it’s our first time doing JoJo, I thought that everyone would feel uneasy if I showed my worries. On set, it was a battle with myself. I thought that I mustn’t let the cast feel uncertain.”

What hasn’t Yamazaki Kento done yet…

“This is only the start of my acting career!”

“Police inspector, doctor, detective, mafia, freeter… I’ve not done a road movie before too. There are still so many roles I wanna do!”

A certain producer said of Kento, “(his honest personality) makes his co-stars want to support him”.

Incident 1: The meat and pasta were too delicious…!?

As preparation for the role of Josuke, Kento bulked up his body by doing bench presses, push ups, pull ups, squats etc. before the filming in Spain. In order to enjoy the delicious food, he didn’t stop his training regime even in Spain. “We mostly had steak and pasta. Though occasionally we went to a Japanese restaurant that some Japanese frequent. To tune my body, I did muscle training, and running.”

Incident 2: On the last day, he wanted to get some souvenirs and…!?

“When I was about to buy souvenirs on the last day, as it was too early, all the souvenir shops were still closed (lol) I was thinking that ‘I’ll always be here so I can buy it later’, but… (by the time I did so) it was the last day… If I have the chance to go overseas for filming, I think I’d have to buy the souvenirs early on (lol)”

Images from this photoshoot: