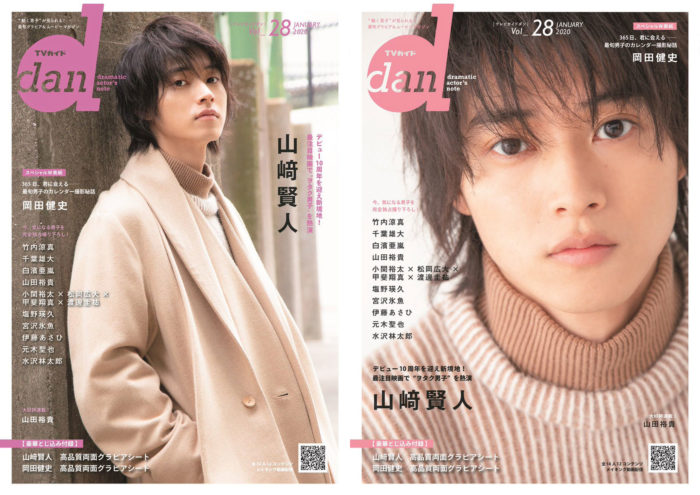 Yamazaki Kento will be featured on the front cover of ‘TV Guide dan vol.28’ that will be released on 24 January 2020. In recent months, ‘TV Guide dan’ magazine has been releasing two editions — a regular cover ed. which can be purchased at all other stores, and an Amazon-exclusive cover ed. which is of coz only sold at Amazon.co.jp.

In this issue, Yamazaki Kento is interviewed on his upcoming movie ‘Wotaku ni Koi wa Muzukashii’, which will open in Japanese theatres next month. The magazine also comes with a ‘high-quality doublesided photo sheet’ of Yamazaki Kento ✨