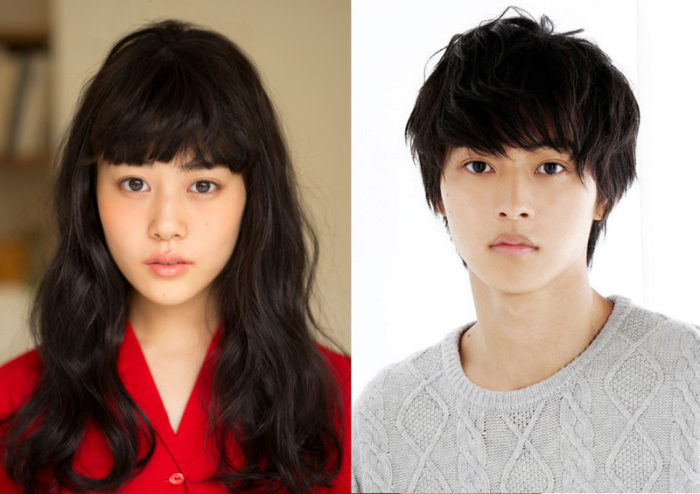 Based on a popular web manga by Fujita of the same name, “Wotaku ni Koi wa Muzukashii” (Watakoi: Love is hard for Otaku) live-action movie will be directed by Fukuda Yuichi. This will be Kento’s second time working with Fukuda, after Saiki Kusuo no Psi Nan. This will be his first time acting with Takahata.

Takahata will play 26-year-old Momose Narumi, an office lady who hides the fact that she’s fujoshi to everyone around her. Kento will play her childhood friend Nifuji Hirotaka, who works in the same company as her. He is a game otaku but unlike Narumi, doesn’t care if everyone knows he’s one.

Apparently this romantic comedy will also have some musical elements in it, as Fukuda intends to add in singing and dancing scenes that don’t exist in the original source.

Kento said, “I think of Fukuda-san as a laughter, musical and food otaku. Fukuda-san was very strict about leaving food uneaten. I heard he’s also very strict when he directs his musicals. And Kaku Kento-kun told me that it’s scary acting in the Fukuda Group from the second time onwards. I’m really happy to be able to do this musical love comedy with such a passionate Director Fukuda. I love singing but am quite bad with dance, so I do feel the pressure as to whether I can match with Takahata Mitsuki-san or not. But at the same time, I feel reassured by her. I will practice like crazy and do my best to deliver a super fun movie with everyone in the Fukuda Group.”

Filming will take place in October and November, and the movie will be released in 2019.