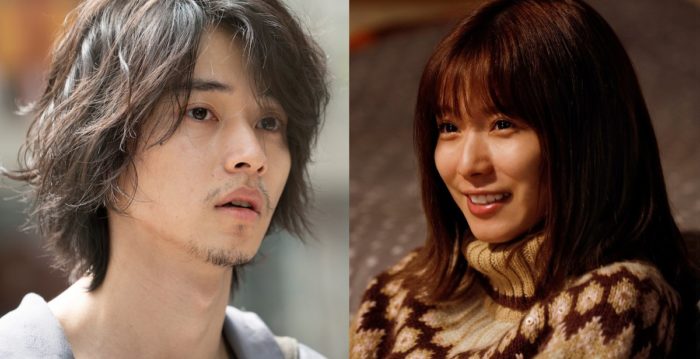 It’s revealed that Yamazaki Kento will play the lead role in the upcoming movie “Gekijou”, adapted from the novel of the same name by comedian Matayoshi Naoki. The heroine will be played by Matsuoka Mayu and the movie directed by Yukisada Isao. This is Yamazaki’s first time working with Yukisada. As for Matsuoka, apparently they’ve appeared in the same project before but never acted face to face. Filming started in early June and most of the scenes were filmed in the Shimo-Kitazawa area.

Matayoshi began writing “Gekijou” before he wrote the award winning novel “Hibana”, and it’s said to be the origins of his career as a writer. “Gekijou” is a love story that spans a total of 7 years. It tells of the main character Nagata who aims to be a playwright, and his lover Saki who supports him in the pursuit of his dream.

“Gekijou” is slated to open in 2020 and the official site is at gekijyou-movie.com 🙂

Apparently Kento grew out beard/moustache for the first time in his life for this role lol. Now we also know why he was keeping his hair long!!!