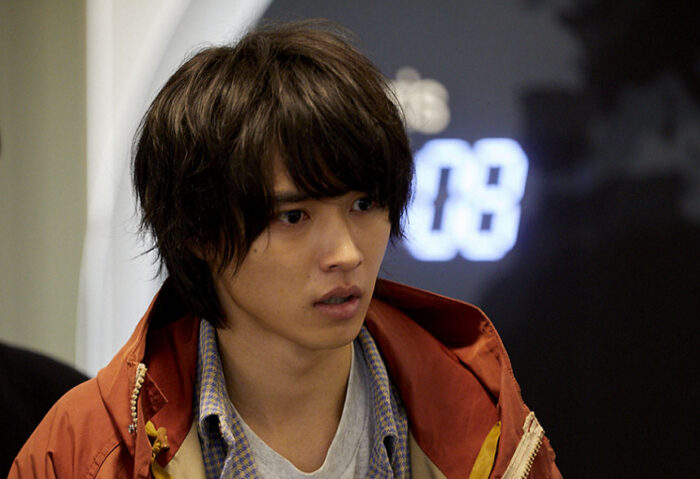 Yamazaki Kento gets another lead role and this time in a science fiction movie!

This movie is based on the 1956 novel by Robert A. Heinlein called “The Door into Summer”. Produced by Ogawa Shinji, script by Kanno Tomoe (Time Traveller: The Girl Who Leapt Through Time, Girl in the Sunny Place) and directed by Miki Takahiro (Girl in the Sunny Place, Fortuna’s Eye) who worked with Kento in “Control Tower” back in 2011.

The film was shot earlier this year, before the coronavirus restrictions. Kento said that he’s really happy to be able to appear in a movie based on a masterpiece that could be said to be the origin of science fiction novels. He’s also really happy to be able to work with Director Miki. He was excited going to the location shoot everyday as the set was retro and charming, even his clothes were 90’s fashion. The film will be distributed by Toho/Aniplex and will release in Japanese theatres next year, 2021.

This really came as a surprise but I’m really excited. It’s my favourite time-travel theme! Hope to bring more updates to you soon 🙂

One thought on “Yamazaki Kento leads movie adaptation of Robert A. Heinlein’s sci-fi novel “The Door into Summer“ (Natsu e no Tobira), slated for 2021 release”