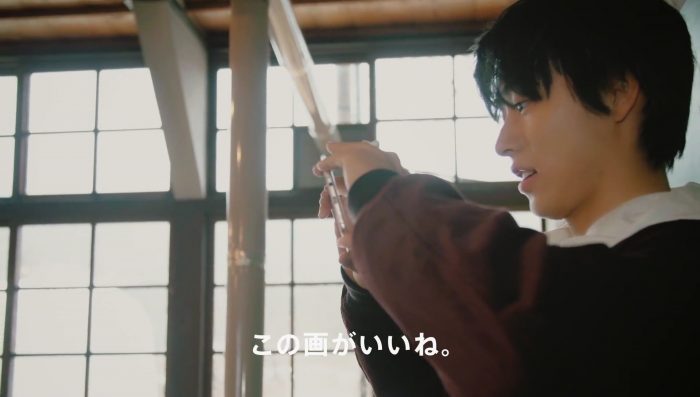 This is so cute~~? When he entered the classroom, the kids’ reactions were priceless. One of the boys called him ‘Ken-chan’ ?

Kento asked if they wanna play Hide & Seek. “When I find you, I’ll take a photo of you.” (takes photo of boy) “Oh this looks good.” And he took a photo of the kids, saying ‘cheese’ (chi-zu).

The kids ran out to hide, and with Kento’s “iku yo!” (I’m coming) as a start, he went round taking photos of kids he found. Kawaii~~ When he got to a cupboard, he was saying “there can’t be someone hiding here right?” but just as he opened the door, the boy was right there. They ‘eh’ at each other lol, Kento’s laughter ? He then played soccer and ‘daruma-san ga koronda’ with them. Finally, he took a group photo with them, saying “cheese” once again.

Here are the pretties.