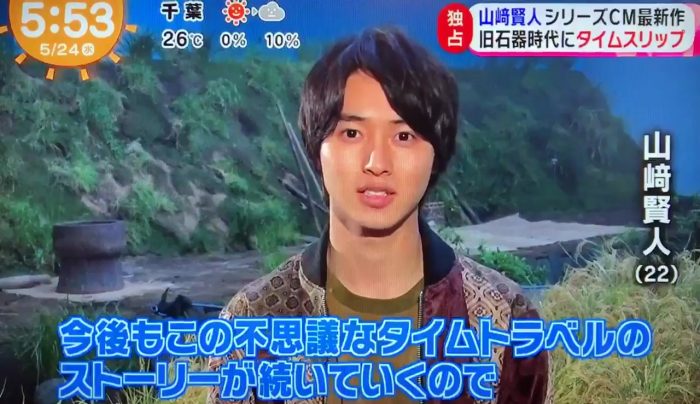 In the making footage shown on Mezamashi TV this morning (video below cr. bunbunies), Kento was seen running away from the people chasing him — even though he wasn’t supposed to. After shouting “Cut!”, the director was like “Don’t run away! Don’t run away!” “Kento, you shouldn’t be running away!” LOL

Filming took place in Hokkaido in late April, and the CM will be aired starting today.