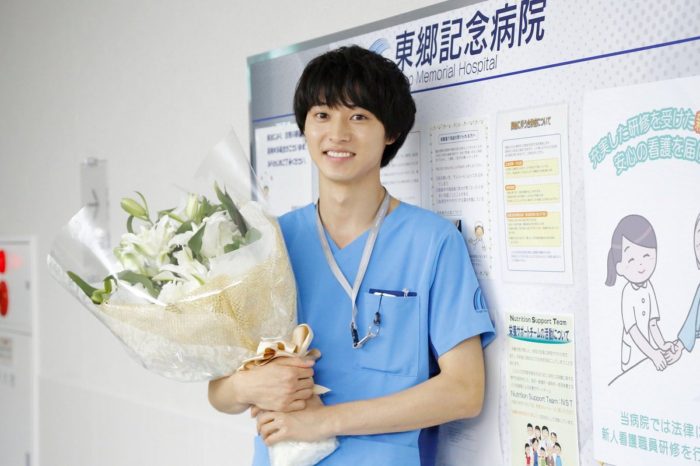 The last scene that Kento filmed was along the corridor of Togo Memorial Hospital. After the final “cut”, a staff shouted “Yamazaki Kento-san, all-up!” and he received flowers from Director Kanai amidst applause from the staff.

Kento said, “It was really enjoyable to be able to film this drama with a team that I love so much. Also, to be able to bring across so many messages to the viewers through this drama, it’s great that I’m doing this work as an actor. There were many times where I relied on everyone here… but I’m really glad to have played the role of Shindo Minato. Now, I’m feeling lonely… but I hope to be able to work with this team again some day. Really, really thank you so much!”,  fist touches with the staff,