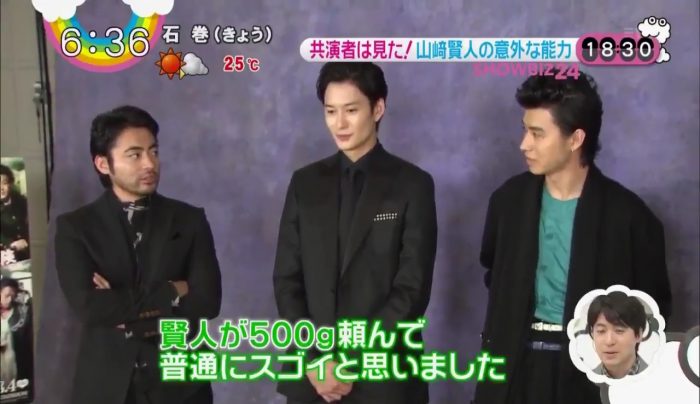 Takayuki: I thought the hairstyles of these two are really amazing! Like “Don’t they look heavy?”
Masaki: I think mine’s the heaviest.
Takayuki: You were taking good care of it right? Like “I mustn’t ruin it.”
Kento: The neck becomes stiff, doesn’t it?
Masaki: My shoulders and neck became really stiff.

Is there anyone among the cast who has a power that’s similar to a Stand?

Takayaki: We went to eat meat once and I ordered a 300g steak, and Kento ordered 500g. I thought that was really something.
Masaki: This 500g, how many times a week did you eat it?
Kento: About 5 times a week.