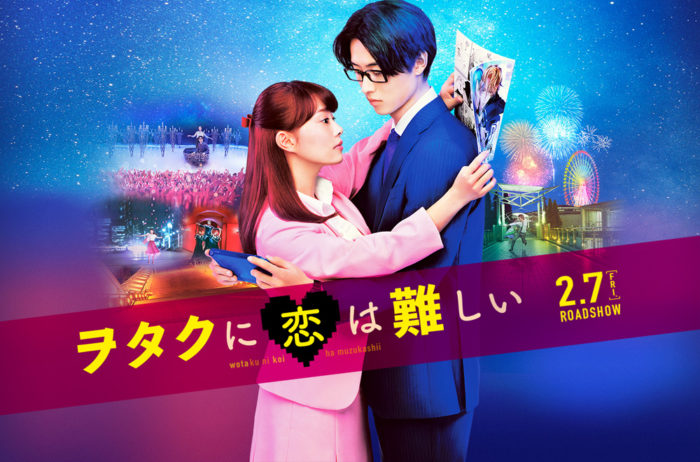 26-year-old Momose Narumi is an office lady who hides the fact that she’s fujoshi to everyone around her. At her new workplace, she reunites with her childhood friend Nifuji Hirotaka, who is a game otaku but unlike Narumi doesn’t care if everyone knows he’s one. After a few drinking sessions, the two start dating. It’s my second project with the Fukuda group. To be honest I was afraid. Hirotaka is a game otaku and a cool character who doesn’t smile, but I was battling the fear of not knowing what’s gonna happen entering Fukuda group like that. My fellow cast were so funny yet I’m not supposed to laugh. It was hell (lol). This year is my 10th year as an actor. I once again realized the excitement and fun of challenging a new genre, with Fukuda group opening a new door for me in singing and dancing. It’s almost my first time singing and dancing. At the start when Fukuda-san saw my practice video, he said that I have no dancer blood in me (lol). During the shoot, I was so nervous that I couldn’t remember the moves, but after dancing so many times, there were moments when I felt the ‘dancer’s high’. It felt good when body and sound were in sync. That was a very fresh experience for me.