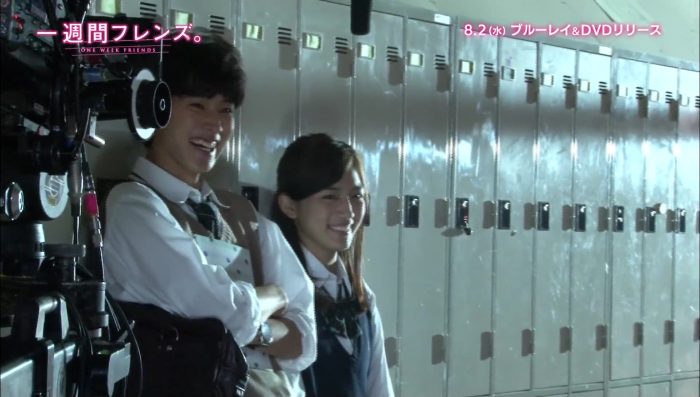 ＼Deluxe Ed. Bonus Footage Sneak Peek！✨／
In the 「#OneWeekFriends。」 BD & DVD released on 2 August (Wed）, we have released part of the making footage of Kawaguchi-san and Yamazaki-san!
Please check it out?#ichifure

This scene was filmed on the day Kento and Haachan first met, and their shy awkwardness in real life shows on-screen as well, which was perfect for Hase Yuuki and Fujimiya Kaori at this point of time in the story. Looking forward to the full making! Remember it’s only found in the Deluxe Editions! Less than a month to go =D

One thought on “A sneak peek at the making of Ichifure!”