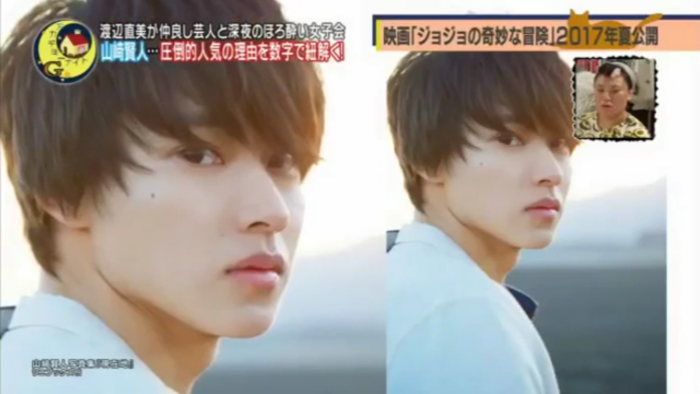 Here’s a Kento cut from the show.

A brief summary: The analyst says Kento is a ‘perfect fit’ for this generation, as he has 1) a ‘shojo manga’ face, and 2) a ‘gap’ between the roles he plays and his real self ?, and that draws people. Then, some figures in the analysis: #1 in the ViVi national treasure class ikemen ranking 2016, and 1.73 million (actually as I write this, it’s 1.75 million) which is the no. of followers he has on Instagram. At the end of the clip, there’s also an interview with the JoJo main cast – Kento, Kamiki and Komatsu Nana. They were asked how they’re preparing for their roles, and what kind of stand they’d like to have if they could have one. Kento answered “levitation” : D