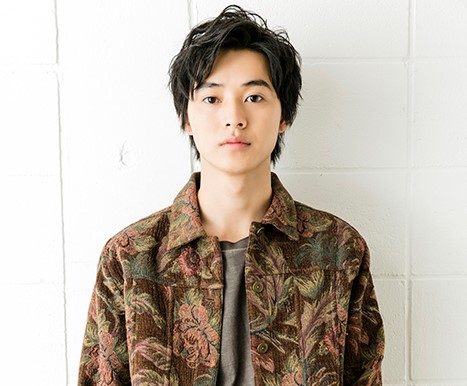 “Satomi Hakkenden”, the spectacular jidaigeki [note: period drama] will be performed in 12 locations across Japan from April to May 2017. Yamazaki Kento, who took on the lead role in the 2014 version which was also his first time doing butai [note: stage], will once again challenge the lead role of Inuzuka Shino about 2-1/2 years later. We asked Yamazaki about his thoughts on this project.

－－ It’s nearly 2-1/2 years since “Satomi Hakkenden”. Frankly speaking, how do you feel?

－－ Since the 2014 version, you’ve been very active in the world of moving images, in movies and on television. What thoughts do you have taking on the upcoming butai?

Yeah, I’d like to throw in all of the various emotions that were stored up during this 2 year period. Back then, I put in the maximum effort that I could at that point of time, but there might be certain aspects that I could do better only now. The character I play, Inuzuka Shino, is one who holds a lot of emotions, and more than anything else, I’d like to be able to convey those feelings live to the audience. －－ What kind of person is Inuzuka Shino to you, Yamazaki-san?

Shino is someone who, whatever he does doesn’t seem to go well. And he’s being told that such is his fate. But he searches for his own way of life, while being tossed around by fate. That’s why he’s a character who’s slapped with emotions and feelings.

－－ As this was your first stage performance, do you feel attached to it?

As an actor, this was my first jidaigeki, and it was the first time I did stage combat too, so I do have a soft spot for it. The original novel “Nanso Satomi Hakkenden” is a story that has been passed down from a long time ago. It’s been made into various films and stage plays. I feel that the interpretation of the meaning of possessing the 「仁・義・礼・智・忠・信・孝・悌」(Jin, Gi, Rei, Chi, Chuu, Shin, Kou, Tei) crystal balls is really interesting. －－ Among the 8 crystal balls, the role you play, Shino, holds the 「孝」[note: ‘Kou’, which means filial piety] crystal, but to you, Yamazaki-san, which one do you hold dear?

Among these? Indeed it’s “Kou”! I believe in filial piety. I treat my family to meals at restaurants.

Yes. When I read it now, it’s quite interesting. For example… this is a drawing of the 8 crystal balls inside Tamazusa’s stomach (lol). Initially, they explained it to me verbally, and I was thinking what kind of situation that is, and they drew a picture of it. They made it visual. As a first timer at stage, there were times where I didn’t know anything. So what I thought of and what I was told, I’d note them down like this in the script. －－ Is there something you particularly keep in mind while performing on stage?

The thing I was most conscious of, was to try to convey my performance to the entire audience seated within the theatre, whether they are at the top floor, at the back, or at the sides of the theatre. Of course this time too, I’d like to be mindful of this.

－－ This will once again be directed by Fukusaku Kenta-san. What kind of impression do you have of him?

He is someone who really loves the stage. He took great care of the emotional aspect, and taught me how to present myself on stage. He’s a very passionate director. Most of what was written in this script came from Fukusaku-san.

－－ Have you heard about any change in the direction of this year’s show?

Frankly, I don’t know anything yet. But half of the cast has been changed, and it seems like there’s a high chance that the stage combat will change too. That’s why I’m really looking forward to it. －－ So, there’s reason to expect a version-up this time.

Yes, pretty much. Perhaps this would be more than a version-up.

－－ Once again, what kind of people would you wish will come watch this butai?

Even for people who are going through a rough time, when things aren’t going well for them, I think this is something that could help them feel positive about life. So I hope that such people will come to watch. Also, entertainment wise, this butai is full of action and stage combat, so for people who purely like such stuff, I also hope they’d come and watch. But finally, my strongest wish is that everyone who watches will enjoy themselves.

The previous butai was also held in places outside Tokyo. Those times, I felt that the atmosphere on stage changed quite a bit with simply a change of venue. The reactions I received were also different for different audience. This time too, wherever it is, I’d like to enjoy the different ambiance. Also, I’d like to try the delicious local food and wine/beer. I’d be happy if I can have fun with everyone. I think there were people who weren’t able to watch us the last round. On our side, we are really glad that we’ll have the chance to convey through our performances in 12 different locations nationwide.