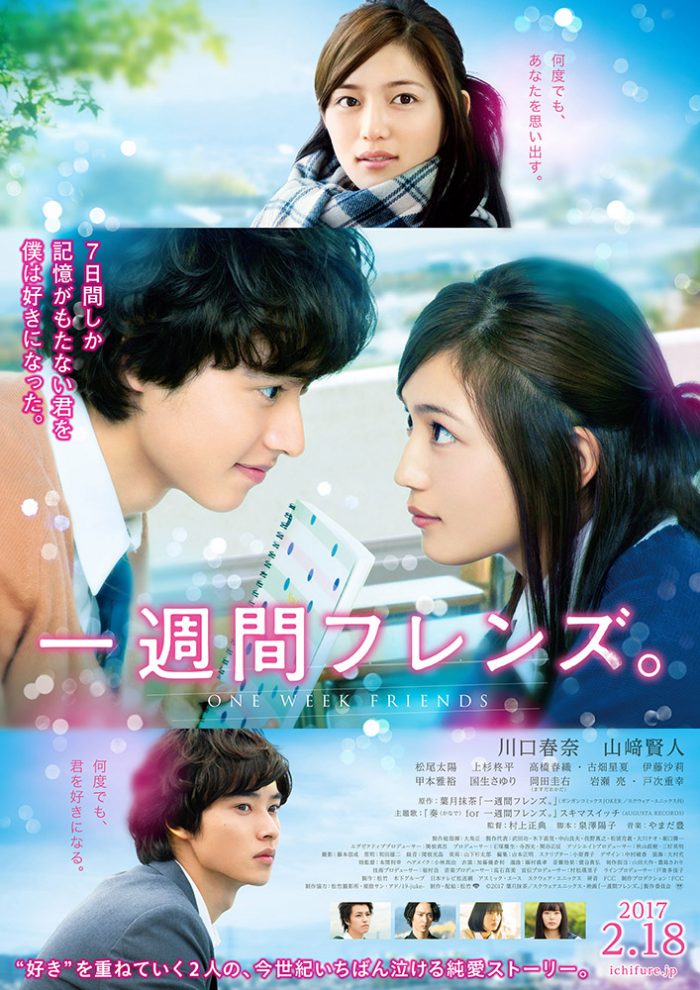 The main poster for Isshuukan Friends. has been released today. From 17 December, this new poster will be displayed in theatres, and a new chirashi (flyer) will be available too! In addition, there will be a ichifure standee placed in theatres where you can take photos while listening to the theme song, apparently activated by a ‘Kanade Switch’. There will be some kind of board where you can hold to pose for photos, and this board will bear the name of the area that the theatre is in. I guess this is where the ●● is in the below picture? So something like 東京フレンズ (Tokyo Friends) or 大阪フレンズ (Osaka Friends)?

You can also take part in a twitter campaign where you hashtag ＃全国フレン when posting a photo of yourself with the theatre standee and board, and stand a chance to win prizes. More details will be announced in the official ichifure twitter soon. On 21 January next year, a novelized version of  the movie ‘Isshuukan Friends.’ will be released. The cover will look like this: