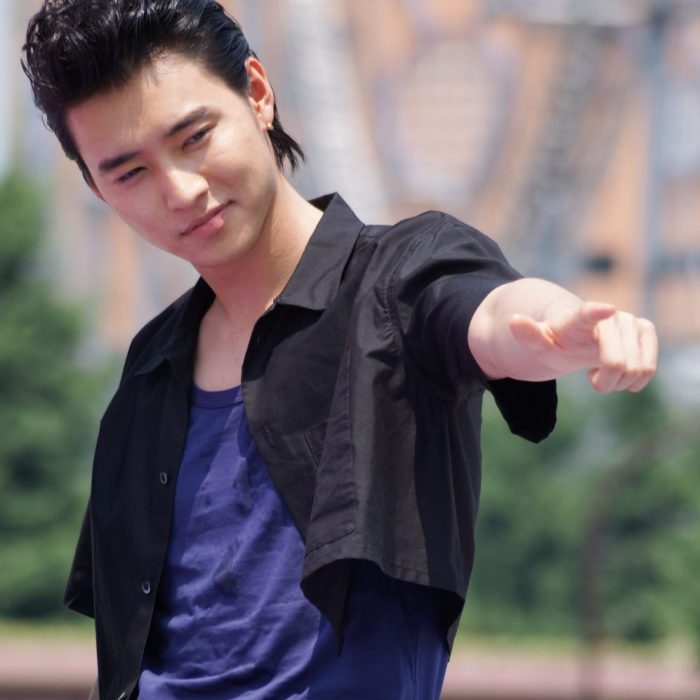 As reported earlier, the press conference for JoJo’s Bizarre Escape was held today. I’ve read through some of the reports and summarized them as follows :-

About JoJo winning the People’s Choice award in the Neuchatel film festival, Kento said “I’m really happy that JoJo was able to participate in an overseas film festival. The local people were very passionate. Over there, I watched the movie together with the audience, and could experience their reactions first-hand. I’m really glad to be able to receive their votes.”

Josuke’s stand, Crazy Diamond, is able to heal others’ wounds and fix broken items. If Kento possesses such a stand, what would he like to fix?

“I love vintage wear, and buy tattered and damaged clothes. Sometimes the clothes I buy are overly-tattered, and even though it looks good when I see it in the shops, when I go outdoors, I realize that they are too tattered, so if I could I’d like to fix those (lol)”

“The cuisine Stand that Trussardi owns in the 4th arc. For example, if you lack sleep, eating his food will take away that sleepiness. Eating delicious food that will heal your body at the same time.” [Note: Tonio Trussardi’s Stand called “Pearl Jam” is able to infuse themselves into his dishes and heal illnesses or bad body conditions.]

“I often come to Korakuen when I was young, to be able to experience and get lost in the JoJo world in an already-familiar environment was really enjoyable.” He said that his co-stars Yamada Takayuki and Kamiki Ryunosuke seem good at such games. “The game itself is able to bring you inside the JoJo world. I also enjoyed myself feeling I’m in the JoJo world. I hope many people will try out this attraction. I also hope that they’d watch the movie.”

According to the MC, when Kento was playing the game and couldn’t seem to solve one of the puzzles, he shouted “Wakaranai!” (I don’t know!) lol. But he was so happy when he finally got the answer to another puzzle. I’d love to see footage of that =D