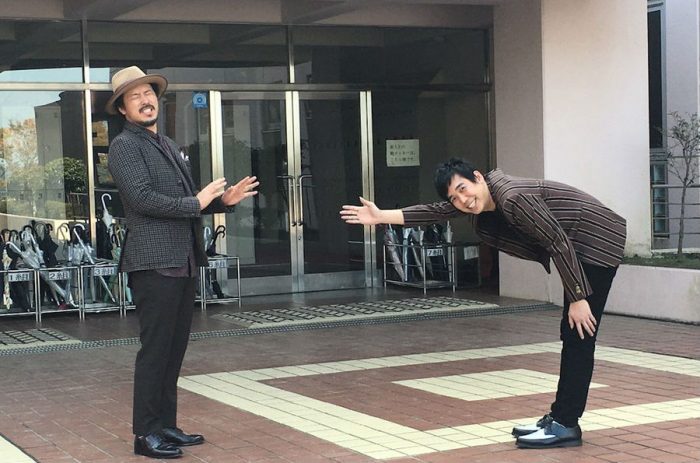 Isshukan Friends fans would be familiar with this song as it was also used as the ending theme for the anime, performed then by Amamiya Sora who voiced for Kaori-chan. I really liked the song while watching the anime, and it is actually still on my playlist everyday. Just imagine how excited I was about this!

“Kanade” is a song that I really liked all along. When I heard that this song will be made the theme song, I was really elated. When I listened to the song again, the words from the lyrics are linked to the feelings of Hase Yuuki whom I play, and this makes me really warm inside. Furthermore, I feel really honoured that they made a Isshuukan Friends. version that will be played in the theatres. Thank you for such a brilliant song. Until the very end of the credits roll, this song will create a warm and gentle atmosphere in the theatre that will resonate with the movie’s theme. I’m now looking forward to it.

Here’s Sukima Switch re-enacting the “Please be friends with me” scene, and them again at the school rooftop and lockers area.