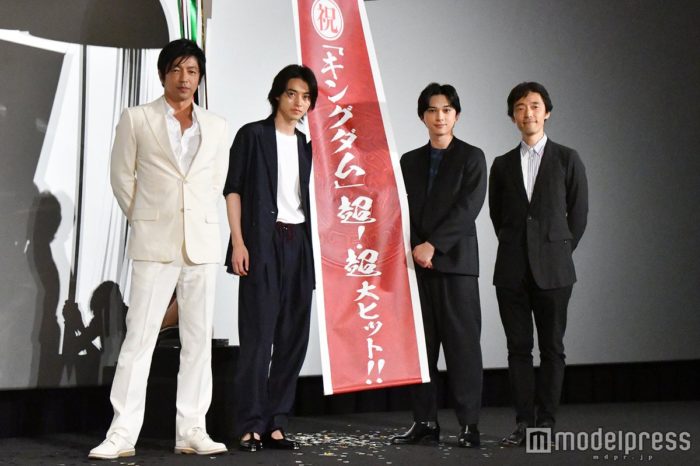 The second stage greeting to celebrate the big hit of live-action movie ‘Kingdom’ was held at TOHO Cinemas Roppongi yesterday (25 May). In attendance were the cast Yamazaki Kento, Yoshizawa Ryo, Osawa Takao and the director Sato Shinsuke.

Here are some notes from various reports :-

More photos from the event :-