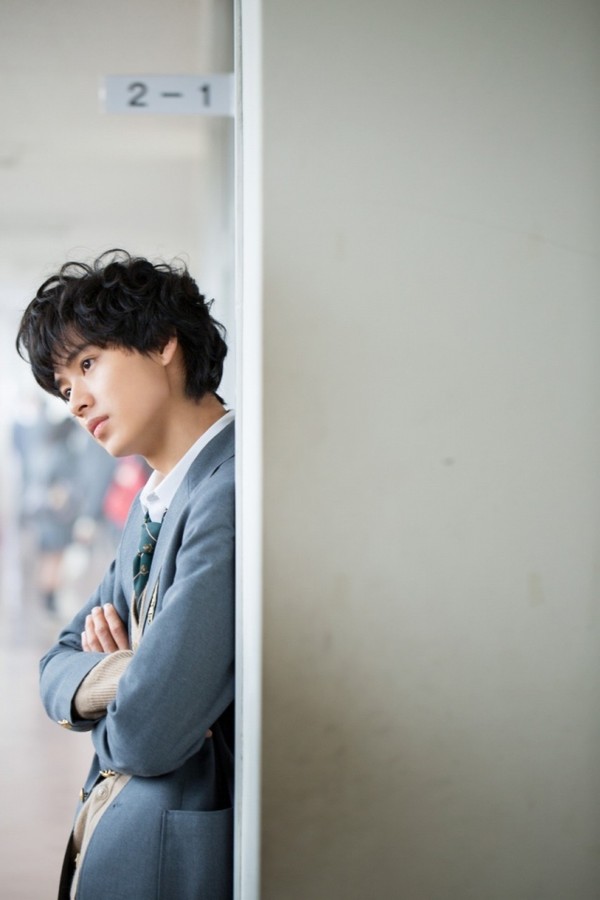 Filming took place from November to December 2015, and this is a shot of Kento waiting in between scenes. They were filming a classroom scene. We’ve seen the other two shots before but these are ‘cleaner’ versions. Kento said of Kawaguchi on set, “Because of this movie, I met her for the first time, and… she’s funny (lol)”. He added that she’s really good with subtle facial expressions, such that it also influences his acting.