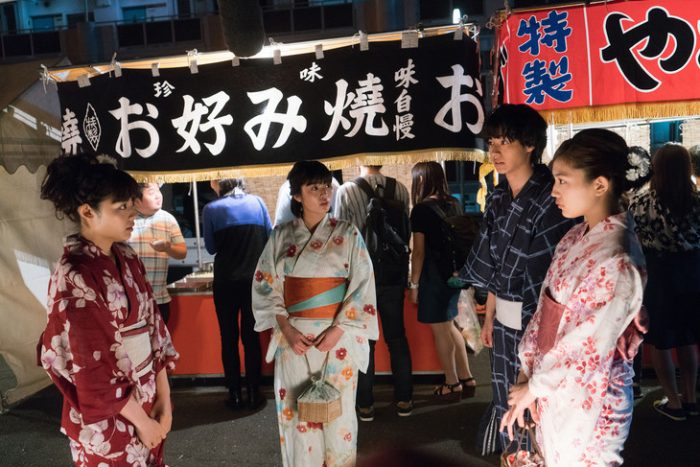 New stills of Hase Yuuki and Fujimiya Kaori in yukata have been released this morning. In the movie this scene is set in summer when the pair went to a ‘sky lantern festival’ wearing their yukatas. This is the matsuri scene that Kento and Haruna mentioned previously. But the actual filming took place in December 2015. The 200+ extras were wearing t-shirts, shorts and other summer wear in the freezing cold… As it was by the river, the wind was strong and the lanterns couldn’t float well in the sky at first, however due to the staff’s hard work, it seems like they managed to get some good footage.