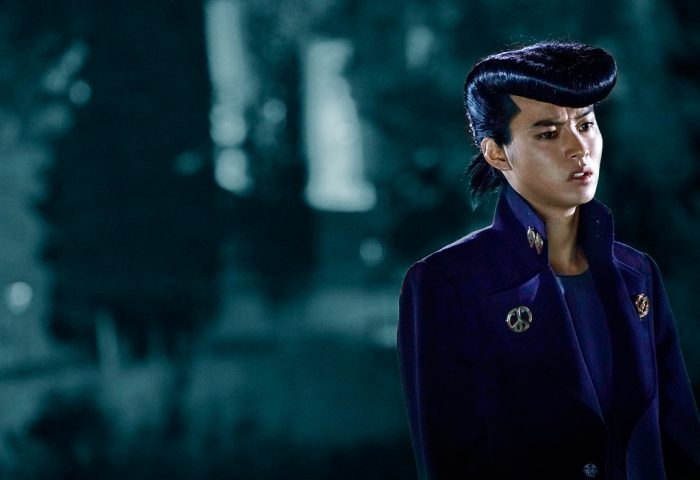 This still of Higashikata Josuke was published in an article by cinematoday where Kento talked about his experience at the Neuchatel Film Festival. With this festival as a start, he would like to do his best and participate in more film festivals. He was able to experience at first hand the reactions of an overseas audience, their cheers and applause. He enjoyed the “Neuchatel ver. JoJo”. It’s an experience that will influence his acting in time to come.

In Neuchatel, he was approached for signature by fans who came from Paris, and there were also movie fans who waited at the festival just to talk to him. He’s really glad that people outside Japan could become fans and support him. Kento spoke in French during the stage greeting. Apparently he gathered info beforehand and continued learning after he arrived. But he also aims to learn other languages. The first on his mind is indeed English. He feels that it’ll broaden his horizons.

One thought on “New JoJo still from CinemaToday”