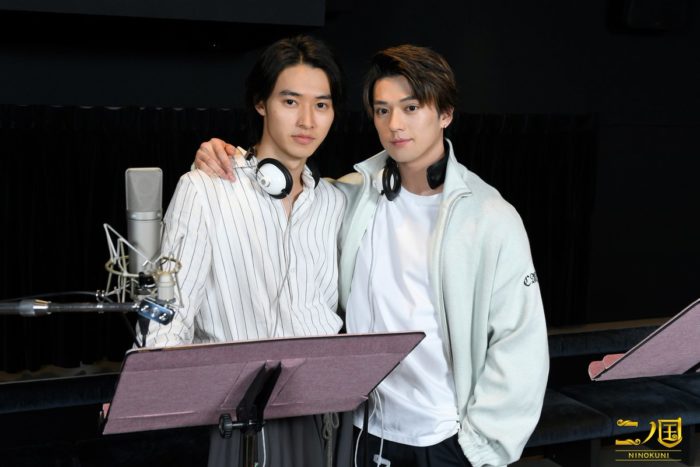 However, their roles will actually take opposing sides as they risk their lives to save the persons dear to them.
Continuing from their past two projects, they end up playing rivals yet again💥

About co-starring as “voice actors”, Yamazaki-san said, “I’m glad we were able to play (voice) catchball live.” Arata-san also said, “Because Kento was beside me, I was also able to get into my role.” The two who are close in private too had great chemistry during the recording 😊👏
⠀⠀
Please look forward to the release on 23 August (Friday)!!