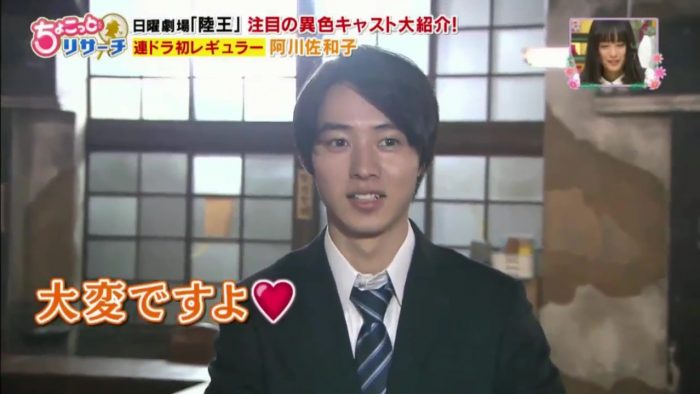 Agawa Sawako, an emcee and writer, plays Akemi-san in Rikuoh. This is the first time she appears regularly in a drama series. She said of Kento, that it’s “tough” filming with such a young ikemen around, cos suddenly she sees an “increase in relatives and friends” around her lol. As for what Kento feels about Agawa-san, he said that acting with her is fun cos of her adlibs. For one of the scenes, she thought that saying “shoe—what?” was boring, so she changed it to “shoe ladder?” but the director didn’t use that lol. This was the part in episode 4 where Akemi-san went “shoe—what?” and Daichi explained what a shoe-fitter is.